Allegations that the winning photograph of this year’s prestigious World Press Photo of the Year, was ‘faked’ using Photoshop have been dismissed by independent forensic analysis.

Accused of being a composite, a charge Swedish photographer Paul Hansen denies, there is agreement the image has at least undergone a degree of retouching. The photo shows men carrying the small bodies of a brother and sister killed by an Israeli missile strike on Gaza in November last year.

What does this mean in respect of the trust we have in the truth of an image?

I’ll be honest, with the advent of new technologies the temptation to ‘clean up’, ‘freshen’ or downright change an image, I’ve been suspicious of photographs for some time. I stopped trusting them completely after reading an article in the New Yorker (May 12, 2008) about the photo retoucher Pascal Dangin.

Pascal Dangin works for most of the leading fashion photographers and magazines. He is the master retoucher. If you’re the high priced fashion photographer with the scarf, accent and 35mm camera and you’ve taken a bog ordinary shot, but you want it to look like something someone with talent (and a scarf and a packet of Gauloises) would have taken – you send it to Pascal.

The expression ‘retouching’ is a quaint understatement of exactly what Pascal Dangin does. 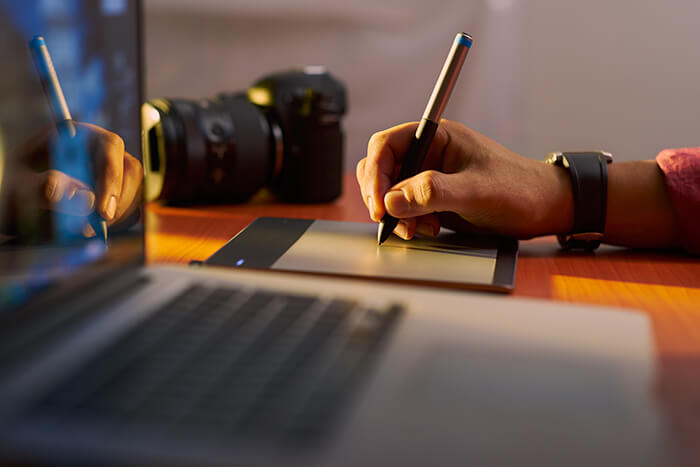 Basically, I could take a photo of a rock, send it to this bloke and it would come back looking like Kate Moss, topless, on Richard Branson’s island.

I’ve got no problem with this. This is the world of high fashion. It’s a fantasy. A fairytale. It’s make-believe. The ‘retouching’ of fashion images is par for the course.

Anyone who still thinks photos in fashion and gossip magazines are unretouched is probably still waiting for ‘their money from Nigeria to turn up’.

But the shadow of doubt surrounding a news image is more problematic.

Once news photographs are being distrusted than the thousand words they are worth is bullshit too. How much ‘adjustment’ do we allow before the image no longer resembles the truth?

What happens if we become so cynical that in the future all press photographs are just ‘illustrations’?

And, if that be the case, why then can’t we just create a truth we need on the back of an invented image?

Why don’t we Photoshop the leaders of all Middle East countries sitting down to a big feast, lots of back-slapping and man hugs and call it ‘PEACE!’. People will believe it and it will become a self-fulfilling prophecy.

Release the news you want.

News reporting must be free of this suspicion. Once we no longer trust the ‘raw’ material we stop trusting news services.

Mud sticks – but it can be removed with Photoshop.

Are you ever suspicious of photographs you see in the news? Perhaps you’re still waiting for your money from Nigeria to turn up?

What do you think of Paul Hansen’s winning shot?