A new year means a whole new bevy of books to immerse ourselves in. In the second half of the year, there will be a new Jonathon Franzen, Purity (September) plus in November there will be new novels from Geraldine Brooks, Charlotte Wood and Kate Morton. There are more great books coming than we have space for here, so for now, here are a round dozen to whet your appetite.

An Untamed State by Roxane Gay Mireille Duval Jameson is living a fairy tale. The strong-willed daughter of one of Haiti’s richest men, she has an adoring husband, a precocious infant son and by all appearances a perfect life. The fairy tale ends when Mireille is kidnapped in broad daylight by a gang of heavily armed men, in front of her father’s Port-au-Prince estate. Held captive by a man who calls himself The Commander, Mireille waits for her father to pay her ransom. As it becomes clear her father intends to resist the kidnappers, Mireille must endure the torments of a man who resents everything she represents.

An Untamed State is a novel of privilege in the face of crushing poverty, and of the lawless anger that corrupt governments produce. It is the story of a willful woman attempting to find her way back to the person she once was, and of how redemption is found in the most unexpected of places. An Untamed State establishes Roxane Gay as a writer of prodigious, arresting talent. Early readers declare it rivetting. Florida 1935, and the residents of Heron Key are preparing for the Fourth July barbecue, little realising how much their world is about to change. Domestic helps Missy and Selma are dismembering the alligator that tried to snatch the baby Missy was watching, before they can get ready for the party. Henry, a returned soldier from the First World War, is hoping that his comrades in his construction team will not disgrace themselves in front of an already fiercely judgmental community. Hilda Kincaid is squeezing into a frock, wondering how she will face another night of public humiliation as her husband toys with Doreen from the golf club. And Sheriff Dwayne Campbell—a laughing stock since his wife gave birth to their mixed-race son—is squaring up to deal with any troublemakers and prove he can control the town, even if he can’t control his wife.

Tensions simmer at the party and in the early hours of the morning, a woman is found half-beaten to death. As whites turn on blacks, the finger of suspicion points at one man. And while wild accusations are made, far over the Atlantic a tropical storm changes direction and turns towards Florida, increasing in speed by the second. As the hurricane beacons are lit along the Keys, the town folk prepare themselves as they always do, unaware that the approaching storm is beyond anything they have ever experienced. In one night, Heron Key will change forever.

Based on real events, Summertime is a stunning debut novel and a mesmerising account of survival. 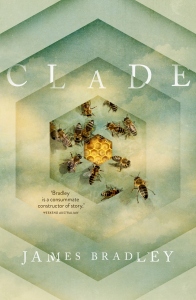 Clade canvasses three generations from the very near future to late this century. Central to the novel is the family of Adam, a scientist, and his wife Ellie, an artist. Clade opens with them wanting a child and Adam in a quandary about the wisdom of this. Their daughter proves to be an elusive little girl and then a troubled teenager, and by now cracks have appeared in her parents’ marriage. Their grandson is in turn a troubled boy, but when his character reappears as an adult he’s an astronomer, one set to discover something astounding in the universe.

With great skill James Bradley shifts us subtly forward through the decades, through disasters and plagues, miraculous small moments and acts of great courage. Elegant, evocative, understated and thought-provoking, this is a provocative, urgent novel about time, family and how a changing planet might change our lives. The Buried Giant by Kazuo Ishiguro

Ten years in the making, The Buried Giant is the long-awaited new novel from the author of the bestselling author of Remains of the Day, Kazuo Ishiguro.

An elderly couple, Axl and Beatrice, set out on a journey. You would have searched a long time for the sort of winding lane or tranquil meadow for which England later became celebrated. There were instead miles of desolate, uncultivated land; here and there rough-hewn paths over craggy hills or bleak moorland. Most of the roads left by the Romans would by then have become broken or overgrown, often fading into wilderness.

Exploring themes of lost memories, love, revenge and war, Ishiguro told The Paris Review, “I’d wanted for some time to write a novel about how societies remember and forget…I’d written about how individuals come to terms with uncomfortable memories. It occurred to me that the way an individual remembers and forgets is quite different to the way a society does.”

Leona: The Die is Cast by Jenny Rogneby Jenny Rogneby is a criminologist and criminal investigator for the City Police Force in Stockholm. In addition to her studies in criminology, she has a degree in social studies and conflict/crisis management. She is also a trained musical performer.

Leona: The Die is Cast is the first book in a 3 book series featuring the unconventional criminal

Naked and bloody, a seven-year-old girl walks into a bank in central Stockholm in broad daylight and manages to get away with several millions. The robbery, unique in the history of Swedish crime, attracts great attention from the media, and the outsider Leona Lindberg at the Violent Crimes Division agrees to work the case.

Leona has an antisocial personality disorder, which severely limits her emotional life. She is incapable of experiencing real emotions (except for her two children), which often makes her act in a cold and inconsiderate manner. She has had enough of her stale middle-class life and wants to leave it all behind. The series is being described as a female Breaking Bad.

A Reunion of Ghosts by Judith Clare Mitchell This is a stunning arrival from a hugely talented American writer, inspired by the life and legacy of Nobel Prize-winning physicist, Fritz Haber who invented chlorine gas.

The story is set in the waning days of 1999. The Alter sisters—Lady, Vee, and Delph—finalise their plans to end their lives. They are the last in a long line of Alters who have killed themselves, beginning with their great-grandmother, who developed the first poison gas used in World War I and the lethal agent used in Third Reich gas chambers.

As they gather in the ancestral Upper West Side apartment to close the circle of the Alter curse, an epic story about four generations of one family—unfolds.

A Reunion of Ghosts is a magnificent tale of fate and blood, sin and absolution and a profound commentary on the events of the 20th century.

One Life: My Mother’s Story by Kate Grenville 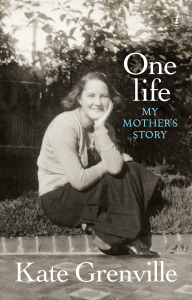 When Kate Grenville’s mother died, she left behind many fragments of memoir. These were the starting point for One Life, the story of a woman whose life spanned a century of tumult and change.

In many ways, Nance’s story echoes that of many mothers and grandmothers, for whom the spectacular shifts of the twentieth century offered a path to new freedoms and choices. In other ways, Nance was exceptional. In an era when women were expected to have no ambitions beyond the domestic, she ran successful businesses as a registered pharmacist, laid the bricks for the family home, and discovered her husband’s secret life as a revolutionary.

One Life is an act of great imaginative sympathy, a daughter’s intimate account of the patterns in her mother’s life. It is a deeply moving homage by one of Australia’s finest writers. With the seven part BBC television adaption due to hit our screens in 2015, the 2004 bestselling novel by Susanna Clarke is in inevitable re-release. For anyone who has never had the immense pleasure of reading this behemoth of magic realism, deny yourself no more. It’s been raved about for very good reason.

The year is 1806. England is beleaguered by the long war with Napoleon, and centuries have passed since practical magicians faded into the nation’s past. But scholars of this glorious history discover that one remains: the reclusive Mr Norrell whose displays of magic send a thrill through the country. Proceeding to London, he raises a beautiful woman from the dead and summons an army of ghostly ships to terrify the French. Yet the cautious, fussy Norrell is challenged by the emergence of another magician: the brilliant novice Jonathan Strange. Young, handsome and daring, Strange is the very opposite of Norrell. So begins a dangerous battle between these two great men, which overwhelms the one between England and France. And their own obsessions and secret dabblings with the dark arts are going to cause more trouble than they can imagine.

Neil Gaiman described it as, “Unquestionably the finest English novel of the fantastic written in the last seventy years.” The Floating Garden by Emma Ashmere

In Sydney, 1926, the residents of the tight-knit Milsons Point community are thrown into chaos by the building of the harbour bridge. Ellis Gilbey, landlady by day, gardening writer by night, is set to lose everything. As her familiar world begins to crumble, so do Ellis’ defenses against the past when she was forced to flee her father’s drought-ravaged farm, and landed in the unlikely care of self-styled theosophist and charismatic orator, Minerva Stranks.

Evoking the hardships and the glories of 1920s Sydney, this novel tells the little-known story of those who faced upheaval with the coming of the famous bridge. Peopled by misfits, bohemians, charlatans, and fly-by-nighters, The Floating Garden is about shedding secrets, seizing second chances, and finding love amongst the ruins. Early praise has included comparisons to Tim Winton’s Cloudstreet.

Inventing Her Own Weather by Karen Lamb

In some senses, it is amazing that Inventing Her Own Weather is the first biography of novelist Thea Astley who is one of only two authors to have won the Miles Franklin award four times alongside Tim Winton. Karen Lamb conducted extensive primary research over a long period, including the last ten years of Astley’s life, and has written a vibrant work capturing Thea’s writing, life and spirit. 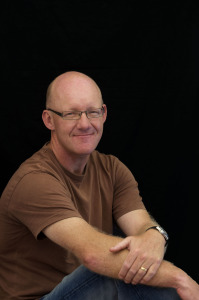 This is the story of John Wonder, a man with three families, each one kept secret from the other, each one containing two children, a boy and a girl, each called Adam and Evie. As he travels from family to family in different cities, he works as an Authenticator, verifying world records, confirming facts, setting things straight, while his own life is a teetering tower of breathtaking lies and betrayals.

It’s being described as an imaginative tour de force—smart, funny and very moving—and comparisons are being made to the best work of Vladimir Nabokov, Martin Amis and Peter Carey. A baby is rushed to hospital with suspected brain injury. Experts conclude he was shaken by his father who, when arrested, denies all charges. Twelve years later and the boy, Ethan, is now an exceptionally talented teenager obsessed with physics and astronomy… but also harbours a terrifying temper. He knows little about his father’s absence during his upbringing, and nothing of the incident that tore his family apart.

Claire has been a wonderful mother to Ethan, but worries as he is becoming increasingly curious about his mysterious father. When Ethan secretly intercepts a letter addressed to his mother, he unleashes long-suppressed forces, which—like gravity—pull the three parties together, testing the limits of love and forgiveness.

Relativity is an irresistible story about love, unbreakable bonds, and irreversible acts.