The year is 1985. I have hair like an electrocuted poodle, shoulder pads so sharp they could take an eye out, and the belief that women can do ANYTHING.

Our communications class at university is 95% female. Thirty years later, our executive class is 95% male.

Like a scene from Back to the Future, women in the workforce are worse off than they were in 1985.

According to figures released by Diversity Council Australia, comparing the 1980s to now:

This follows the release of Australian Bureau of Statistics figures, revealing the gender pay gap is up to 18.8%: the worst since records began.

“It is clear that women aren’t getting the same earning opportunities as men, and this has implications for women’s financial security, particularly in old age,” says Dr Carla Harris, research executive manager at the Workplace Gender Equality Agency. 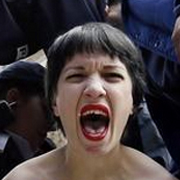 It makes me want to stick my head out the window and yell: “I’m mad as hell and I’m not going to take it anymore!”

Instead, I dig deeper to discover more disturbing data.

Research by Westpac, in the lead-up to International Women’s Day on Sunday, reveals teenagers already assign gender to particular roles: Homemaker and Admin Support are associated with women; Mining and Engineering with men.

A whopping 35% of girls, aged between 14 and 18, say they’ve “personally experienced gender inequality”.

“For young women, we need to reaffirm that they can do or be anything,” says Larke Riemer, Director of Women’s Markets at Westpac. “Similarly, society needs to embrace the prospect of men being homemakers to allow their partners’ careers to flourish, if that is the best decision for their families.”

But is this possible in a country that venerates masculinity, with a Prime Minister who’s a pugilist?

With comments about women doing the ironing, focusing on the household budget, and knocking on the cabinet door, Mr Abbott is firing up the DeLorean for a trip back to 1955.

Instead of recognising the economic benefits of increasing the participation rate, narrowing the pay gap, and improving diversity in the workforce, the federal government is watering down gender reporting requirements.

“We’ll lose a good opportunity to change the culture in corporations around this issue,” according to ACTU President Ged Kearney. (Or ‘Mother-of-four’, as Channel 7 captioned her during last year’s G20.)

An interesting piece of research by the University of Melbourne backs up the contention that culture is at the heart of workplace discrimination.

It reveals gay men are paid 18% less than their straight counterparts.

This is also why traditional women’s jobs are valued less than men’s; those who return from maternity leave are perceived to have ‘baby brain’; and boys are seen to be superior at STEM subjects.

It’s neurosexism at its worst. But, like a 1970s T-shirt, scratch the surface to smell the real reason: fear of losing power.

“This is the final threshold they’re trying to cross to infringe men’s rights,” says a bloke at a bar, in 1965, when asked about a protest against a ban on women drinking in public.

In 1965, Merle Thornton and Rosalie Bogner chained themselves to the foot rail of the Regatta’s public bar. This months marks the 50th anniversary of a protest regarded as the most radical, and celebrated, in Brisbane’s history.

Perhaps it’s time to chain ourselves to the barricades, once more?

After all, what have the pink empowerment slogans achieved? Feel-good feminism is leaving a bitter aftertaste.

What we need are quotas, targets and legislation. Achieving this requires activism.

Otherwise, we’ll be stuck with a malfunctioning flux capacitor: our hair-high hopes destined to be dashed.