A TRIO OF TALES…

GROWING UP AND AWAY, Lisa Schofield

I have a son. He’s 11 years old and is growing up. I know this because there are cracks appearing in our relationship.

They were tiny to start with. I’d get an occasional “don’t, mum,” but the cracks got bigger to “Mum, don’t say that kind of stuff” to, finally, a fault line “Mum, I HATE it when you say that” (spoken in an annoyed voice in front of his friends).

I just make lame jokes that I think are very funny. And I’m sure he’ll think they’re funny too – 10 years from now.

I say things in front of his friends, I try and talk with his friends – only to be met with a “Mum, why did you say hi to them, they don’t know you at all”.  I try and include myself in his conversations, I will never do this again, as last time I tried, I was met with a stony silence, and a quick change of topic.

He recently left on a three-day school trip.

I managed to give him a quick arm rub, in lieu of a hug, while desperate to ask him if he needed to go to the loo before he got on the bus. I didn’t ask.

Recently, I think, we inadvertently crossed a line.

And it wasn’t even my fault. I was embarrassing, even to myself, and certainly to an 11-year-old boy.

I’d had a long hot run that ended at a beach. My husband and the kids met me there but they’d forgotten to bring my swimmers. Still, I was hot and needed a swim. “I’ll just go in my running gear”, I said as my husband was apologizing. “All good, no problems, they kind of look like swimmers anyway.”

My son was horrified, “No Mum, you can’t do that, that will just look weird. Don’t, Mum!”

Admittedly I wasn’t looking my finest, but I was hot, godammit, so in I went in my shorts and sports top. Then as you do at the beach, you sit around a while, throw the ball, dig holes, and all of this I did in my wet running gear.  Surrounded by gorgeous beach bodies in bikinis and other beach attire that wasn’t running gear.

I was a little mortified and a whole lot of embarrassed. Not sure why. I think I was channeling my son’s vision of me.

I think, as a mother, I am experiencing a transition from participant to non-participant.

I am the driver of the car, the pizza maker, the movie orderer, the clean uniform provider, the note signer, the sleepover arranger, the homework nagger, the PS3 turn-offer.

I have a cool factor of zero. I’m often a non-entity in his eyes, especially in front of others.

But that’s OK, I knew this was coming.

Many parenting experts have talked about this, I’ve read the books. I’ve heard the talk of others. And even though it’s a little sad as I think back on our days of snuggling, and cuddles and stories in bed, I am steadfastly determined, I will handle this perfectly, I will respect him, and he will know that I will always, always love him, no matter where our journey takes us over the next couple of years.

Because I know he still adores me. And that I’m his ‘go-to’ person. And that I’m the person who he wants to turn off his light and kiss him good night.

And I know that he’ll come back to me.

What is it with menfolk and throwing things out?

Everything is considered ‘still good’ despite being broken or not working. If there is a piece missing or an item that doesn’t match, it is still deemed ‘useful’ and could ‘come in handy’.

A recent inventory unearthed four rusty bottle openers; an ancient dusty juicer that was so hard to clean it was never used; three old frypans that attracted food like superglue requiring sandblasting after each use; broken BBQ tongs that wouldn’t close and kept springing apart jamming the cutlery drawer and a blender with the little plastic insert missing. Who uses a blender with a hole in the top?

But they couldn’t be thrown away!

Sheds, garages and ‘pool rooms’ are shrines to things that might be useful one day but, please, the kitchen should be spared!

Clutter continually spills out of the cupboards and it is difficult to find things because they are hidden behind all the ‘still good’ stuff. I occasionally try to discard the odd item.

However, if I want to toss a chipped glass there is always an inquisition.

“Why are you throwing that out? What is wrong with it? It can still be used.” It can have a seismic crack from rim to stem but it still should be given a reprieve from death row.

“I don’t want to serve wine in a chipped glass” I whine. That chipped glass is always the one in reach and I am forever putting it back and choosing another. Why not get rid of it?

I attempt to banish it.  I sneak it into the recycle bin when no one is looking but it’s found, and returned.

“Hey! How did this end up in the bottle bin? Lucky I found it.”

Sure as eggs, if I do offload some long-abandoned useless gadget it is immediately required. It would have been perfect for a project or a fancy-dress costume.

“Has anyone seen that egg-beater thing that was always in the bottom drawer?”

Recently I sneaked two chipped dinner plates into our recycling. We have two bins in the pantry we fill and then take out to the big bins. My son and friend had just concocted an enormous bacon and egg breakfast, despite it being 2 pm.

While getting the tomato sauce he spied the bin. I counted to three. Waited. I wasn’t disappointed.

“What’s wrong with these?”

I launched into my spiel. “I am throwing them out because they are chipped and it is not hygienic to eat off chipped plates.” (The health scare angle can sometimes work.)

He considered. The threat of an illness did not faze him.

“Ok, but I can use them once more before you chuck them? If they are being thrown out I won’t have to wash them up.”

The only way I can successfully ensure items are not retrieved is by smashing them to smithereens.

I close my eyes as I lower a glass into the bin. I then tap it smartly against last nights’ empty bottle of sauvignon blanc.

“Oops” I say, like Rose in Titanic, as she drops the necklace into the ocean.

No well-meaning male with superglue will now contemplate a restoration.

It’s wanton destruction but someone has to do it.

I WAS A CRAPPY GIRLFRIEND, Paula Roe 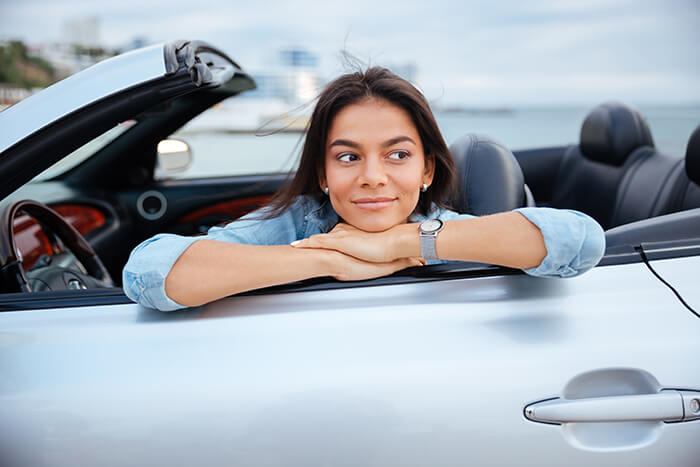 When I met you I was an independent girl with my own income and car.

I earned more than you and you said it made you feel uncomfortable. I wanted to be with you so desperately, yet was torn. How could I leave my family, my friends and my career to start all over in another country – your country – where I couldn’t even speak the language?

I didn’t make you chose – you chose me, here, but I still got the blame for it. I was a crappy girlfriend.

I was a crappy girlfriend because I smiled at other guys in the course of my job. I wore clothes that showed off my body because I’d grown up as the fat kid and now I had fit curves that guys found attractive. Confidence is crappy.

I was a crappy girlfriend because I didn’t kiss properly after we had sex. Too much tongue, not enough chaste.

I was a crappy girlfriend because I asked you to stop seeing a friend after she confessed she was in love with you. I was being insensitive, demanding and keeping tabs on you.

I was a crappy girlfriend because I read said friend’s love letters to you: because your violated privacy was a bigger issue than your psychological infidelity. I was such a crappy girlfriend when I said I didn’t want that friend at your 30th birthday party.

I was a crappy girlfriend because I said yes when you said “marry me,” even though you told me you loved me but “weren’t IN love with me anymore”. I thought it would bring us closer together.

I was a crappy fiancée because I expressed doubts about living on the other side of the world.

I was a crappy wife because I wanted to keep my surname. I was doubly crappy when I got sick on New Year’s Eve and couldn’t go to your friends’ party. You made me call and apologize, then you went anyway while I sobbed in front of the TV alone, watching the Sydney fireworks.

Being 40,000 miles away from home at Christmas and surrounded by people who refused to speak English (even though they could) made me crappy, unfriendly and rude.  I had to “make the effort” – even though I didn’t know the language.

I was a crappy wife because I should’ve been ecstatic just to be with you, even though I had no job, no car, no life. And because I wanted to go home after only three months of marriage.

I was TOTALLY a crappy and emotional wife when I found out I was pregnant, you told me to get rid of it and said “if you loved me you’d do this”, but I didn’t. My body and my beliefs meant more than what was left of my love for you.

I was a crappy, possibly lunatic ex-wife for calling to tell you about the birth of your child, they couldn’t understand why you didn’t particularly care.

I was nothing to you when you got remarried, a month after our divorce was finalized.

I may have been selfish, emotional, childish. But I am a damn good mother. You are the crappy father. No, not crappy – non-existent. I like that better.