IN THE PUBIC INTEREST It seems Australia has got pubic hair on the brain.

First there was that discussion on Q&A a few weeks ago where Brendan Cowell said he preferred a bush “but not a National Park”. Then local drama Offspring turned the tables on the Brazilian with the Manzilian, when Nina’s dumb brother waxed  the wrong bit of his bod for his  ditzy bride to be.

It’s so ubiquitous, I’m expecting it to turn up as a garnish on Masterchef any minute. I’m sure Heston is working up spun toffee into faux follicles as we speak.

Seriously. When Victorian era art critic John Ruskin saw his wife Effie’s pubic hair on their wedding night, he was so repulsed  he was unable to consummate the marriage. Until then, he had only seen the naked pudenda of classical marble goddesses and it never occurred to him that these were heavily pruned.

Before Michelangelo gave David some strategically placed curls, men were hairless down there too.

Many believe the first female pubic hair painted by an artist was Cranach’s The Nymph of Spring in 1537 but as late as the 1800s Goya’s The Nude Maya still caused a scandal. 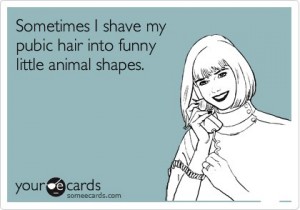 Other Victorians did not share Ruskin’s sensibility:  for a time it was actually the fashion to collect curls of pubic hair as talismanic love tokens and wear them in public either on the lapel or in one’s hatband. (I can’t imagine Bob Katter sticking some in his Akubra).

A Scottish museum has a  snuff box of some belonging to one of King George IV’s mistresses in its collection.  A few years earlier Lady Caroline Lamb sent some of hers through the post to Byron (one hopes he knew who it was from.) 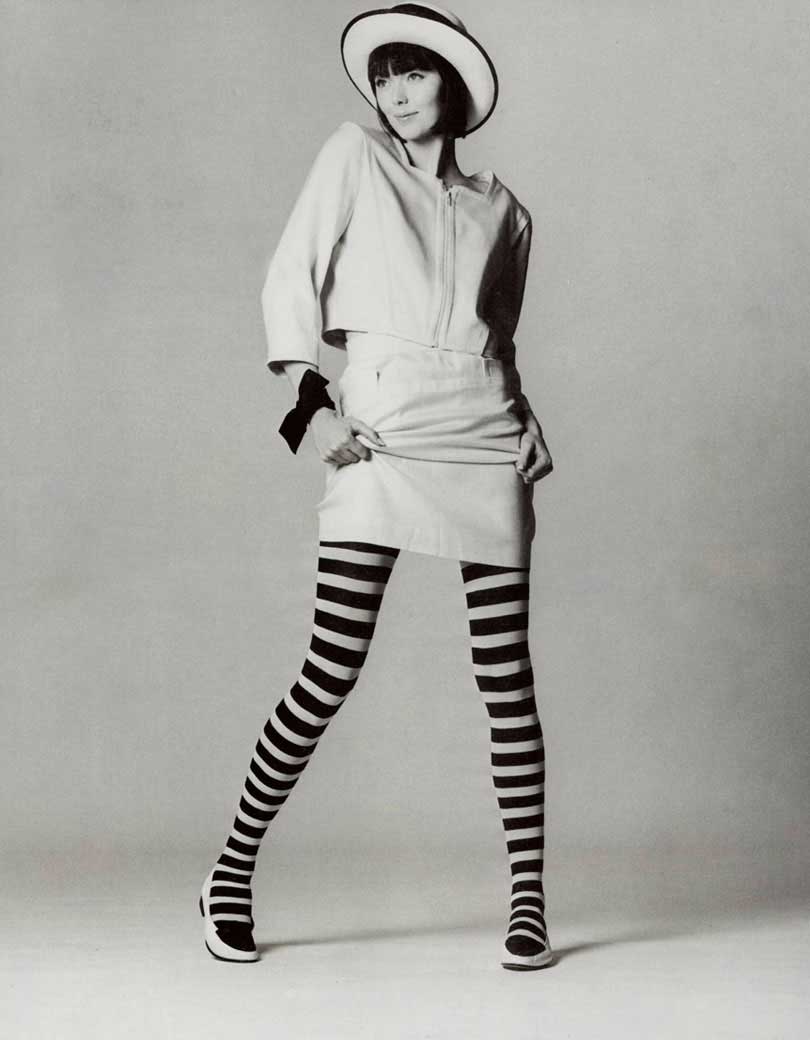 In the swinging sixties, British fashion designer Mary Quant became known as ‘the girl with the heart-shaped reputation’. It seems her husband had fashioned her pubic hair into a heart. How this became public knowledge is anyone’s guess but it seems rather sweet compared with what came next.

It started in New York in 1987 and soon gained traction from celebrity endorsement by people like Gwyneth Paltrow, who should know better.  There are various styles, known as the Hitler or Chaplin mustache and the Sphinx, named after a hairless cat from Canada.

Jennifer Love Hewitt coined the term in 2010, defining it as the  act of decorating the female genital area with stick-on Swarovski crystals – it’s a derivation of vajayjay, the word TV host Tyra Banks used instead of vagina when she spent an hour on the subject on her show (why that is easier to say than vagina remains a mystery).

Apparently it’s a ritual that girlfriends share or give as a gift like a pre-wedding facial.  There are lots of designs available, of which the American flag is one of the most popular (presumably among those who were not pro-Bush, boo-boom. Come to think of it I wouldn’t be surprised if Sarah Palin chose that motif, or she might have a montage of the stars and stripes, a bald eagle and a teapot.).

I don’t know about you, but if I was exploring a loved one’s nether regions and suddenly saw a bunch of coloured lights twinkling at me down there I’d be worried about my alcohol intake.

You wouldn’t want to swallow some by accident either. And if I found myself lying on top of someone who had bumpy bits down there, I’d wonder if they had a nasty rash.

I don’t know what it all means. The judgmental part of me thinks it feels symptomatic of extreme decadence, a society that has nothing better to do than decorate itself while Rome burns.

The feminist in me believes women should be free to do whatever they want to their bodies.

I have no issue with a bit of topiary trimming and tidying, but shouldn’t we feel free to resist pressure to undertake any grooming practices that involve pain? Or is it ok because we choose to do it for our own pleasure and gratification?  I know some young women send the bill for their brazilians to their boyfriends but I don’t think that’s a sign of liberation or empowerment.

The more troubling question is why a man would find a pre-pubescent hairless crotch sexy. It’s become the norm for the under 30s, many of whom have apparently never seen pubic hair. But if I had a daughter I’d definitely be urging  her to think of her map of Tasmania as a place of natural beauty and discouraging senseless deforestation.

So, The Hoopla wants to know. Has your style evolved or are you stuck in a rug, er, rut?