I have a rather embarrassing confession to make.

Last week, while channel surfing, I came across a show called The Bachelor and I ended up watching it for about half an hour, which was the time it took for my brain to wake up from its coma, and demand that I slap it back into the present and turn the bloody thing off.

But I could not un-see what I, well…. saw, which was a collection of ladies all preening and flicking their hair to try and capture the attention of that seemed to be a very nice looking man. The ladies were mainly in their 20s, apart from a few, and were dressed up like they were off to the Year 12 Formal.

The object of their collective affections was a 30 year-old bloke called Tim. And as the weeks have passed, Tim has begun to weed out the unwanted in his quest to find his perfect woman.

There is even a leaderboard, showing viewers how the groping is coming along.

Excuse me while I gag….. 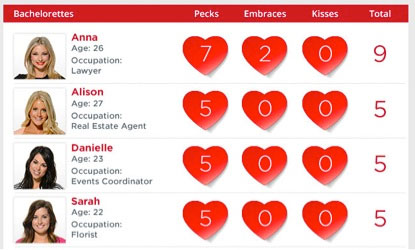 I do feel bad for Penny, who at an “ancient” 35, is currently coming last in the rankings, getting hardly ANY action at all.

But I know you do not want to sit there, reading about who is pashing who on a reality show. We all know that it is fluffy craptastic entertainment… but I cannot stop thinking about Penny.

Well, not her in particular, but about dating and getting older.

You see, recently I officially came into the Cougar Era, a term coined by some moron in Canada years ago to describe a woman over 40 who aggressively stalked young men before beating them over the head with a handbag and dragging them off to gorge on their carcass.

As a non-practicing cougar that has been with the same fella for 20 years, I do feel however that I do have some authority to comment on the terms used to categorize women and where they sit on the Jungle Scale of Dating due to the fact that it is extremely offensive and makes me go woozy.

There is actually a phrase coined for the over 40 woman on the dating scene, and one that I find slightly more offensive than The Cougar – the Plankton Generation. The Plankton Generation refers to women who are barely visible, and are “hanging at the bottom of the food chain” when it comes to attracting a mate.

Have you ever heard of anything so absurd?

But part of me cannot help but shake the notion that there might be some sort of truth to the dreadful description.

I know many friends in their 40s, coming out of marriages and finding themselves back on the dating scene. Their number one frustration? Most eligible men are looking for someone much younger.

There is even a mathematical equation that can assist men in narrowing down their target market. You half your age, and add 7. For example, when you see that 40 year-old in the nightclub with his 27 year-old lady friend, he is just following the rules.

Many women turn to online dating, of which is a really good service if you think about it. You order in a whole lot of stuff, try it all on and return the men that don’t fit. You may have to shop for a very long time, but similar to trying to find the perfect pair of jeans, it is worth it in the end.

It is this method that a lot of my mates have used to find the perfect size, although there were some very hilarious and strange outfits paraded about first.

But getting back to Cougars, Pumas – (under 40), Kittens (20s), Panthers (over 50) …dare I type it… The Battle-axe (60+) and of course the MILFs that span all species of felines, I was hoping to come up with some similar terms for our male friends based on their current single status and age bracket.

I was concocting labels such as Manther and Rhino, before I realized that it made me out to be as obnoxious as those who coined the terms used to depict us.

So after much research, I am pleased to share with you the following title I that I thought was most suitable.

MORON – A man of any age who uses any of these terms to describe women.

Are you comfortable with being a Cougar? Or does it make you want to scratch and hiss?