WOULD YOU PAY FOR SEX?

Hiring a hooker, an escort or a courtesan has long been a man’s domain. But does that mean women aren’t going there?

Well, not quite. Sex tourism, where predominantly older women can and do buy the ‘boyfriend experience’ at exotic resorts in Jamaica, Kenya and Turkey, is thriving.

And closer to home, male escort agencies are popping up in Sydney, Melbourne and Brisbane.

In New Zealand, one study found that one in 4 women would be willing to hire a male prostitute.

“We polled women between 29-59 and found that 16 percent had used an escort – and 10 percent didn’t know such a service existed but would consider using it,” said Sarah, adding that their goal is to provide women with the same freedoms as men – and a safe, reputable service to tap into. 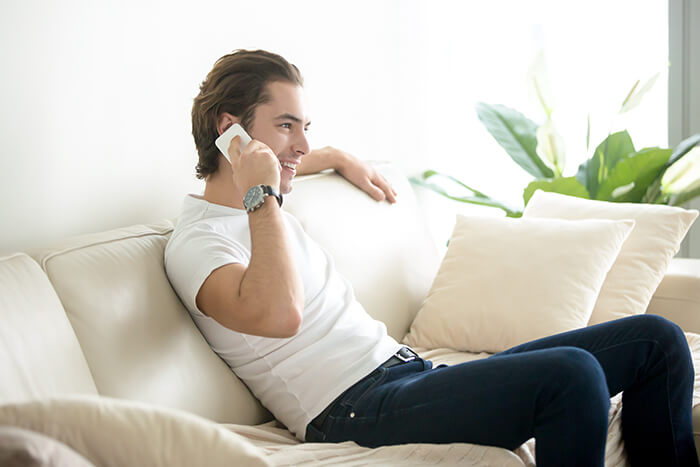 Who are their clients, you may ask?

According to Sarah and Michelle – mums and long-time friends who wish to remain anonymous more for their teenage kids’ sakes than their own – some women are bicurious. Others are married and seeking a couple experience.

Other clients may be business owners with no time for a relationship. Women in sexless marriages or whose partners have sexual dysfunction – and may hire an escort with their partner’s blessing. For some, paying for no-strings sex is a better prospect than online dating or hooking up in a bar.

Other clients say the pair, are clear on their needs: they just want a guy who can give them an orgasm.

“We’re baffled by women who ring up and say they’ve never had one,” says Sarah.

“One woman who rang up was 48, had recently gotten divorced and had never had an orgasm!”

On that note, the idea of post-divorce gift vouchers is just ‘tacky’, the pair says, but they’ve had women who suggest it could be a great idea – so you never know.

Although the agency’s focus is on women aged 40-60, they’ve also been approached by women as young as 25 – and by singletons not happy about going solo to yet another family gathering. “Women may ring up saying, ‘I have to see my family, they’re on my case about not dating,” says Sarah.

The client gives the male companion a briefing and back story – and hey presto, Christmas goes off without any awkward questions from Great Aunt Margery. “It’s almost like a dating agency and it’s worked really well. Some women don’t have time to go out and hope for the best – only to end up with a drunk guy on top of her and snoring a few minutes later. They want the conversation. They want to be touched. For many women whose lives are about everyone else, women who are time-poor… it’s like a mini-holiday.”

Their hand-picked escorts go through rigorous interviews and, much like Ray Drecker in TV show Hung, they’re predominantly single blokes who’ve never worked in the sex industry before.

“They’re everyday guys: entrepreneurs, accountants, IT guys, uni students,” says Michelle. “We looked for specific guys who have reverence for women, where age is no barrier. Where size is no barrier.”

Roberto, a 36-year-old single Spaniard who now lives in Melbourne, is one of them. He’s a website designer by day and a male companion by night, hired for everything from accompanying a client to dinner, giving her a massage, cooking for her at home or meeting her at a hotel for sex.

“It’s a myth that women don’t pay for companionship and sex,” he says. “They do and it’s probably because their partner isn’t up to scratch or doesn’t listen to them. Women seek us out because they want to be desired and they’re not getting that anywhere else.”

What do Sarah and Michelle’s loved ones think? Sarah’s a single mum, but Michelle’s husband, a GP, is a fan. “He sees a lot of people coming in with STIs from one-night stands and he thinks it’s a great, safe alternative for women,” she says.

For women who’d fork out hundreds for a day spa experience, an escort is another type of pampering, says Isabelle*, a professional woman in her late 30s who books an escort once or twice a month.

“I guess I view it as a bit of a treat,” she says. “I got sick of going out / going online and trying to meet people. The difference with having sex with an escort is that they’re definitely going to be able to perform, it’s guaranteed safe sex and they’re never selfish or lazy.”

Would she tell her friends?

Would you pay for sex?

What are you missing in your sex life that you would seek out from an escort?