MY NAME IS EDEN. I MADE BAD CHOICES TOO My name is Eden and I am a recovering drug and alcoholic addict. (Hi Eden!)

It’s the thing people want to know about me the most. I don’t blame them … it’d be interesting, being on the other side of the fence, never using heavy drugs, never injecting, never knowing what it feels like.

What drives somebody to do that to themselves? It’s a long process that doesn’t happen overnight. Plenty of lines in the sand get washed away. One minute you’re in your final years of high school with all these dreams and the next minute you’re sitting in a crack den surrounded by shady people who will bash or rip you off at a moment’s notice. But you sit there anyway, waiting for the drugs. Because when you’re up to that stage, you would do anything for that high.

Ten years ago footage of “The Bali Nine” was splashed all over the news. Scared rabbits trapped in headlights with heroin strapped to their bodies. Idiots! Absolute, total, idiots were all I could think. And then empathy, at their stupidity and desperation. They’d been caught smuggling drugs in a country where you can get the death penalty for smuggling drugs. Dire. Yet there was a time I would have been a willing customer of a drug smuggler. Wouldn’t have cared what it took to get that stuff into my hands and what I did to get the money to pay for it. I went through a lot of drug rehabs in my twenties.

I was always trying to change my choices, my life. Hard guys used to walk in and blatantly say what a crock of shit the place was. Two weeks later – if they were still there – they’d be actively involved in group therapy, participating in sports, helping and laughing. Learning about themselves and the impact they had on others. I’ve watched tough tattooed guys who’ve been in jail for years break down and cry like babies because they never had a dad. My people. I was at home with my people, all there trying real hard to just get clean.

It’s so hard to just get clean. Terrifying. What kind of a life was one without drugs or booze? Our brains could hardly compute it, so we were sent out to recovery meetings, made to listen to people further down the track from us. People clean for THREE MONTHS – can you imagine? Three months with NOTHING? It must be so boring. I remember when I truly came to the acceptance that I would never have fun again – fine. Anything would have to be better than the hell that lived in my heart and mind every single day.

The torment, of being a using addict and alcoholic is dreadful. You have to make yourself hard, make yourself not care, to survive. You do things you never thought you would ever do. You lie, cheat, steal. Hate the world, drop out of society.

This comes at an enormous cost to yourself and the people who love you. You need even more drugs to stop the guilt and pain and then you need to up the dosage because your body gets so used to it and suddenly you’re on this out-of-control train where your options are limited.

Jails, institutions, or death. For some of us, alcohol is no different to any other drug. Alcohol is often called “the great remover” … because it slowly and painfully removes every good thing you ever had in your life. Sometimes it removes you. You turn into a ghost, an old photo of yourself, walking around the world like a robot, trying to score. It’s a disgusting, filthy place to be. I know a lot of dead addicts. They were my friends.

One of the last and best rehabs I ever went to was called Westmount. An old rambling house, located in a quiet street in Blue Mountains Katoomba, it was one of the few places that accepted children. I was young and didn’t have any kids. I played with them a lot, but I didn’t *really* think how deeply and awfully they were being affected by their parents’ actions.

It was an edict in the teachings at Westmount that you loved drugs first, and THEN you loved your family and partners and friends. This caused a lot of outrage for the parents. “I love my kids. I love my kids.” Of course, they did …. they loved them as much as a practicing drug addict can love their child, they loved them.

But the drugs and alcohol took precedence, and that was why they were there, trying to turn their lives around. 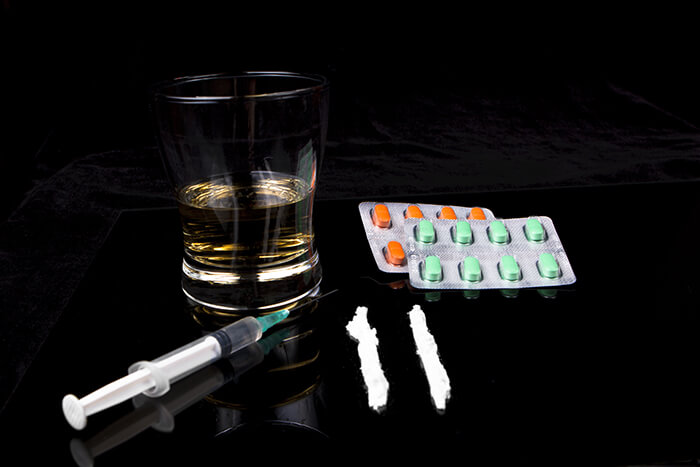 In around 1999 Westmount secured a new location for the rehab – an old nunnery in nearby Leura. It caused such community outrage that the local councilors had to run a vote. The rehab clients were asked if they wanted to come along to the council chambers, see the process happening.

I said yes, sat with my mates, facing angry people in suits and residents who did NOT want a drug rehabilitation centre in their town. I wonder, if I found out a drug rehab was being set up next to me, in my house with my children, how would I feel? Conflicted. Maybe I’d stay put – maybe I’d move. Because what if my house was robbed, what if those druggos next door were pedophiles too?

Most things in life are not black and white. The thing I remember the most vividly about the vote that night was one particular local councilor who was VEHEMENTLY opposed to the Westmount move. His name was Herman and I’ll never forget just one sentence from him, in his heavy accent as he looked at us with disgust.

“A leopard …. can never change its spots.”

There was a visual bristle in the room, murmurings, filthy looks. The therapists with us there had to turn around and tell us to be quiet. I was glad to see the anger and shock in their eyes. (The motion was upheld and we moved to Leura. A lot of “For Sale” signs went up in the streets, the very next week.)

The next day we had a huge debrief about what had happened the night before. One of the therapists banged on about freedom of speech and the right for people to have their own opinion and then she said:

“He was right. A leopard cannot change its spots. But humans aren’t leopards.”

Never will I forget that, never will I doubt the huge shift you can go through and become a productive and valued member of society.

There is no war on drugs because there will always be drugs. Drugs won. But not with me, and not with a hell of a lot of other people out there living clean, silently in our community, with tarnished pasts but bright futures filled with children and love and life.

Andrew Chan and Myuran Sukumaran will never have children. They will never have grey hair. I have no doubt they’re completely rehabilitated. Those two young men are symbols now, shining lights of what can happen when you make RIDICULOUSLY DUMB choices in your youth but go on to learn from them and teach and help other people.

They’ll be killed by firing squad in the middle of the night, very soon. Held up as examples. The Indonesian Government will not back down from this now, they have to save face.

I wonder if Andrew and Myuran have to kneel? If they’ll be crying? Their lights will be extinguished and nobody else will benefit from everything they have learnt. They have much to teach people who are now in the same situation they once were. I’m still conflicted – what if that same exact batch of heroin made its way back to Australia and killed one of my children?

Should the smugglers die for that? What of the many nameless kingpins who consistently get away with these things? The small guys are just the stupid foot soldiers. Would Australia be more vocal about this if Andrew and Myuran were white middle-class “good” Aussie boys? They really, really stuffed up.

Imagine a knock on my door one day by the cops coming to arrest me and put me in jail for all the bad stuff I did in my twenties. Even though I have children now! I’ve grown! I’m changed! But it didn’t matter because a crime is a crime, right?

Hopefully, the Indonesian authorities put as much effort into closing down illegal brothels filled with adults having sex with young children and arresting the people responsible for that.

Andrew and Myuran will be dead soon. There’ll be all kinds of media coverage and timelines and opinions floating around for a while. It might deter a few smugglers. But not for long. There’s always going to be young, easily replaceable people willing to strap drugs onto their bodies in countries that carry the death penalty for doing so …. simple foot soldiers, in a war that has long been lost.

We need early intervention, better access to cheap rehabilitation, and the unshakeable belief that your past does not have to define you. Sometimes people aren’t bad. They just make really, really bad choices. And gamble with their life. And lose.