LIVING GHOSTS. DO YOU BELIEVE? 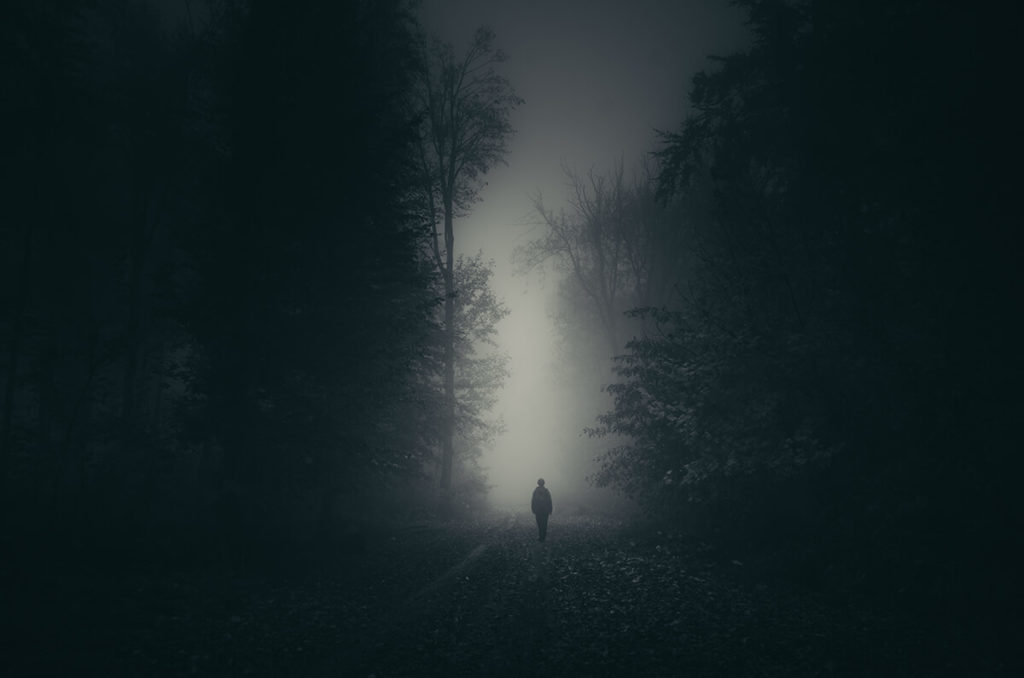 There is a black and white photo I treasure.

Stuck to the wall beside my desk, I turn to it whenever I sit down to write, and it always sparks a pang of love.

It shows my mum, Silvia, aged six, and her cousin, Roberto, four, posed side by side – two of six children lined up for the camera at a wedding in a humble suburb of Uruguay, the country of my birth.

Something about the two draws the eye: the way they lean into each other, their plump cheeks puffed out with glee, dark eyes shining with mischief and Fanta, the pure love that pulses between them.

The photo, cropped to spotlight only my mum and her favourite cousin—my Godfather—appears in Love Never Dies, my book about the indestructibility of love.

In it, I tell their story of love transcending death.

Decades later, after my mother grew up, had a family and moved to Australia, Roberto came to say goodbye.

In a dream more vivid than life, his familiar tall form stepped forward, he put his arms around her—she could feel the scratchy weave of his favourite sweater—and explained he had to leave. When she looked up to kiss his cheek, my mum saw only a void.

The next morning, she lifted her face from a pillow sodden with tears and reached for the phone. Across the oceans, in Uruguay, my grandfather told her what she already knew. Roberto was gone, aged only 42. He’d taken his own life with his late father’s antique revolver. The shot erased his beloved face, just as my mother foresaw in the dream. Only one thing assuaged her pain: she’d held Roberto one last time because he came to say goodbye. Though it is only one of many in my book, for which I spoke to 60 Australians about their experiences of sensing the spirit of a late loved one, the story of Roberto and Silvia holds a special place in my heart. But this isn’t just about blood bonds. Their story encompasses the sorrow of immigration, for migrants too, are haunted by lost love. It’s a feeling of sorrow I know well.

Another decade. Another monochrome portrait.

This time it’s of me, sitting with a group of pre-schoolers in the working-class Sydney suburb of Eastlakes. In the same way mum and Roberto lit up the lens with joy, I stand out for my sadness. My classmates’ grin, their faces playful, but I stare at the ground, eyes heavy with a private pain.

During the research for Love Never Dies, I was entrusted with myriad personal experiences of love after death, each a song of hope.

I asked Ban Guo, who recounted a profound meeting with his father’s spirit, where he thinks our loved ones go after they die.“I think it’s like immigration,” he said, in his deep and gentle voice. “You go to a new place, but you don’t forget your old home and the old faces.”

His words lit a flame of understanding in me. I came to Australia with my parents when I was two and yet, it’s only now that the enormity of their decision is sinking in. I grew up in the Lucky Country, but at a great cost. And the more time passes, the higher the price—regardless of my love for the “new place.” Australia is my home.

Flying into Sydney from overseas, I always weep with relief and happiness. But being an immigrant is like having your heart split in two, and there are constant reminders of what never had the chance to soar.

I lost the opportunity to ever properly know my huge extended family of grandparents, aunts, uncles and cousins—so many living ghosts.

Was I missing them, I wonder, that day my pre-school photo was taken? Is that why I learnt to read so early? Golden Books filled the empty space inside my heart. The stories became my family. The slim books with the shiny spines were the houses my family lived in, to replace, perhaps, the houses crammed with loved ones that I’d left behind.

It’s not surprising that a yearning for Uruguay has woven its way into my book.

My lament for distant family found a home in Love Never Dies because its pages celebrate love, and the power of loving relationships, as much as the phenomenon of consciousness surviving death.

Yet it’s in those stories of death-defying love that I found a path to healing.

If Natasha’s husband could come back on the day her grief was deepest to tell her there was still much to live for, I know that, even if I never return to Uruguay, I may yet see my family again. If Bianca’s teenaged brother could return on the eve of his funeral, handsome as ever in his favourite shirt, to remind her to look after their mother, I know that caring endures after everything seems lost.

When Manny, riven with despair after the death of his brother, saw him come back in a cloud of light to reassure him that all was well, I too am reassured.

As I write, “Just as immigration, with its tyranny of distance, cannot sever the bonds between people who care deeply for each other, so it seems relationships continue to grow and thrive, even after death.”

Today, Roberto still visits my mum in the shadowland of dreams.

I’m thankful that he does, for it was stories like those that first sparked my interest in mysteries and wonders. Magical stories set in Montevideo, the city of my birth, for me to set free in Sydney, my home, with infinite love for both.