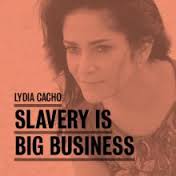 My first reaction to News Limited front pages today purporting that I was at war with Barbie dolls, with the typical Photoshop job to boot, was to laugh.

But it’s actually not really all that funny – we should be able to have a discussion about the ways toys are marketed to children without sensationalist outcry.

The media stories were in response to my support for a new campaign by Play Unlimited to raise awareness about the gendered marketing of toys – No Gender December.

Why should kids be limited in their play because of old-fashioned stereotypes espoused through marketing?

A lot of kids don’t accept those limitations, like 7 year old Maggie, who on seeing superhero comics marketed as “fun for boys”, remarked “Well, that’s wrong. Anybody can like superheroes.”

Why should we accept them either?

It’s really not that I have an aversion to certain types of toys but rather that I think that kids should be able to play with whatever toys interest them. What I object to is children not playing with toys marketed as exclusively for one gender because they feel like they need to conform to gender stereotypes. We know that setting rigid gender roles perpetuates attitudes of inequality, which leads to very serious problems, such as domestic violence, the gender pay gap and the under-representation of women in politics and other fields.

Our Watch, a great organisation chaired by Natasha Stott-Despoja and supported by government, explained how rigid gender stereotypes are a predictor of violence against women, in its submission to the Senate Inquiry into domestic violence that I have established. Research shows that countries where gender stereotyping is more accepted have higher levels of violence against women.

Of course, the gendered marketing of toys is just a small piece of the cultural context that creates attitudes of gender inequality. But it doesn’t mean that we should ignore the issue. We should at the very least be able to have a balanced discussion about the ways in which gendered marketing of toys can reinforce outdated stereotypes about girls and boys and men and women.

The Prime Minister today rejected the No Gender December campaign saying he wants “boys to be boys and girls to be girls”.

How about simply letting kids be kids and toys be toys?

You can sign the No Gender December pledge “Stereotypes Don’t Belong Under My Christmas Tree” here.