AND NOW FOR THE NEWS. YOU’RE FIRED 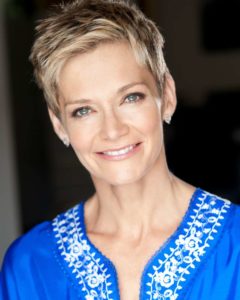 The “cost review” will prune jobs in marketing, publicity and promotion. It’s predicted that jobs will be lost in Adelaide, Brisbane and Perth and be centralised to Melbourne and Sydney.

And, it’s rumoured, whole programmes and on-air personalities are next.”We need to be more efficient to compete vigorously in a very competitive environment,” a Network spokeswoman told the media.

“Organisations don’t have feelings,” that’s what JESSICA ROWE was told when she was sacked by Channel Nine in 2007.

A former Network Ten newsreader for a decade, here she writes an open letter to her former colleagues, exclusively for The Hoopla.

I can’t profess to know you all – or your individual stories that have led you to this place. The place of: “I don’t have a job anymore. How dare this happen to me!”

But what I can relate to is how wretched it can feel when you lose your job. I know the moment when I was relieved of my position I felt this rush of anger. Betrayal and bile came over me.

People who know me well know that I’m not the cussing sort of girl, but the language that I let fly after ending one particular phone conversation was enough to make a truckie blush.

Even thinking about the incident now I go a deep shade of beetroot.

Just as well the only person that heard me unleash the most extreme of expletives was the cat, Alfie. He might have been hiding under his paws at the time. Thankfully, my three-month-old baby girl was dreaming of a kinder world, asleep in her cot, blissfully unaware of what her mother was unleashing in the living room.

Hell hath no fury like a new mother who has lost her job.

The first feeling I experienced was anger. A red, hot anger. I was furious that a career I had spent a lifetime building up was being pulled out from under me.

It didn’t help that I was struggling with my new identity of being a mother. I remember feeling it was just so unfair.

Even though my mum had taught me long ago that there was no such thing as “fairness” in the world, I felt such rage that this was being done to me. I hated that sense of powerlessness. I’ll never forget expressing my regrets to the powers that be that I was sorry this was how my brave leap into breakfast television had ended.

And I’ll never forget the response I was given: “Organisations don’t have feelings.”

Well, they damn well should.

Ironically, the news of my unemployed status appeared in the papers on the same day as the Logies. My husband was already in Melbourne, he was presenting an award, and we were both unaware it would appear in the morning papers.

Just a year before I had been working on the red carpet special decked out in a sparkling Collette Dinnigan gown. Now I was holed up inside my house wearing my pj’s and ugg boots and wondering how I was going to go outside and face the television cameras and newspaper journalists camped at my front door.

I had a real sense of not wanting to be beaten, so I drew on every ounce of courage and decided to get on with the day. Well if I couldn’t wear an evening gown, I was at least going to have some sparkle, so I put on my sequin ballet shoes teamed with a long maxi dress. I got Allegra dressed in her prettiest outfit and clipped her into the baby capsule. I took a deep breath as I opened the front gate.

My heart was beating fast and I had a frozen smile on my face, as I was asked a series of questions. I just kept smiling that “rabbit caught in the headlights” smile as I grappled with trying to get the baby capsule in the car. And, great! I couldn’t get the capsule to clip in, so I kept fumbling and smiling and smiling…Eventually, Allegra was safely in the car and I managed to get the keys into the ignition. I shakily drove away and that smile dissolved into howls of sobs.

I felt exposed and raw.

Thankfully that rage and despair did pass. But it took time. And it’s also tricky when there are not that many jobs for television hosts. So I had to think about reinventing myself.

I danced on national telly, I took singing lessons, appeared in a musical (very) off-Broadway and I wrote a book. But it can be hard to take those tentative steps into new disciplines when your sense of sense has been tied up with a “successful” public career.

I did get weary of trying to explain to people that: “No, I haven’t retired.” While thinking- surely I’m too young to even think about that.

But I have no regrets. I found and learnt so much about myself. I discovered what I was made of, and what really matters.

For me, what matters is my family. And I also learnt that there IS a wonderful world awaiting you when the cameras are turned off.

In that day’s Melbourne Sunday Herald Sun, a columnist said: “Given all of this, I hope Rowe is able to move on from the events of the last year and have a successful career in the Australian news media.”

Jessica has done all of that… and more.

Her husband is former 60 Minutes TV journalist and now, prime-time news presenter, Peter Overton. They live in Sydney and are parents of two beloved baby girls – Allegra and Giselle (Alfie has had to take the very back seat).

Jessica, famed for her elegant style, youthful demeanor and infectious laugh, is, in truth, a wise old owl. Her latest book: Love, Wisdom, Motherhood (Allen and Unwin) is a best-seller. She is a much sought-after inspirational speaker.

These days Jessica is a news presenter on Weekend Sunrise (Saturday 7-9 am and Sunday 7-10 am) on the Seven Network.

To learn more about Jessica and her passions go to www.jessicarowe.com.au