JAMES BROWN IS BURIED IN THE FRONT GARDEN!! 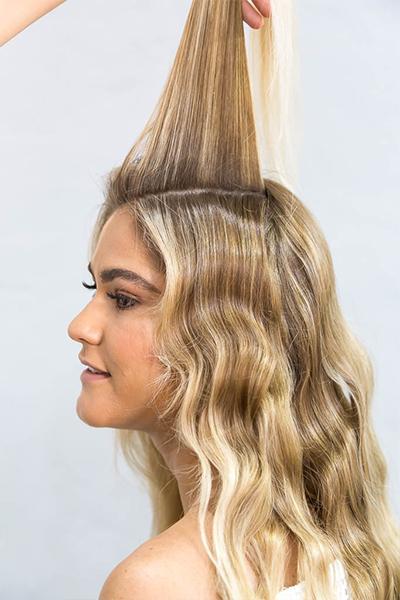 Grab an oversized bib, a glass of robust red and a hearty appetite because your latest stroganoff of shocking showbiz scandal is scorching hot and ready to be devoured.

Amid the stunners simmering in the Tinseltown tabloids this week: the mighty Godfather of Soul, James Brown, is still not laid out in his final resting place – nearly a decade after his death! So where is he? You won’t believe it! The saga of Zsa Zsa Gabor’s late daughter continues, with a bombshell revelation her ashes are in a cardboard box, still awaiting collection at the morgue. Jane Fonda confides she still smokes marijuana and that her sex life is sizzling. Alzheimer’s-stricken Glen Campbell is communing with the ghost of Elvis Presley. Uma Thurman’s “shocking new face” continues to cause a stir in the tabloids, with top Hollywood plastic surgeons delivering their verdict. Speaking of new looks, did Harrison Ford’s wife Calista Flockhart shout herself a facelift for her 50th? Has Courteney Cox been forbidden from freshening her face (again) before her wedding? Hop in, you won’t want to miss a morsel!

The National Enquirer has a bombshell world exclusive on the state of James Brown’s corpse. The ‘I Feel Good’ singing sensation was 73 when he died in 2006. Almost nine years on, he’s still not in his final resting place. His daughter Deanna reveals the showbiz legend is actually buried in the front garden of her home in South Carolina! “There’s been a legal war raging from the moment he died, between his eight living kids, four 4 love children and assorted wives. It’s shocking. It’s over money and inheritances. When the legal tussle finally ends, James will be laid to rest in his own garden,” a ‘close friend’ reveals. James’ will states he was to be buried in his own garden at his Beech Island estate. “The family will build a mausoleum and a museum, much like Elvis’ Graceland, so fans can come pay their respects and buy memorabilia. Once the battle over his $100 million fortune is resolved, that’s the plan,” the ‘close friend’ added.

The sorry saga of Zsa Zsa Gabor’s only daughter Francesca Hilton continues. Last month she dropped dead in the bathroom of a West Hollywood restaurant after spending the last years of her life stony broke either living in her rusted out car or, if she could scrape together the rent, on a mattress at an LA flophouse. Francesca is the daughter of billionaire hotel tycoon Conrad Hilton. She was great aunt to Paris Hilton.

Last week, Heard It At The Hoopla revealed bedridden Zsa Zsa, 98, has no idea her daughter is gone because her husband, Prince Frederic von Anhalt, 71, fears Zsa Zsa’s too frail to cope with such awful news. To the latest shocker from the National Enquirer: Francesca, 67, was cremated last month but her ashes are still in a cardboard box at the morgue, awaiting collection from the Hilton family. “This is insane. How sick can that family be?” fumed the always colourful Prince Frederic. “We are talking pocket change to have her buried. Nobody has come forward to claim her body. It’s a disgrace,” he thundered. Dozens of friends sent contributions to help buy her a small niche near her famous aunt, Green Acres star Eva Gabor.

Jane Fonda has unloaded spectacularly in America’s DuJour magazine. The controversial, two time Oscar winning Hollywood queen and fitness guru reveals she’s still fond of the wacky weed. “I’ll smoke pot every now and then,” she says. But Jane no longer goes to the movies stoned, because she winds up thinking every movie, no matter how bad, is fantastic. “I’ll see it again, sober, and wonder what was I thinking?” In 1972 Jane was condemned when she posed beside the Vietnamese military. She was branded Hanoi Jane, and roundly derided. “It was a huge, huge mistake. It now makes me sad,” Jane admits, before shifting topics and trilling about her sex life. “My sex life is the best it’s ever been. Sex is fabulous at 77,” says Jane, who admits she was celebrate for almost a decade after her divorce from Ted Turner. Jane is currently dating record producer Richard Perry, 72. The National Examiner recently reported Jane threatened to leave Richard if he didn’t take his Parkinson’s disease medication.

Globe magazine has a scoop on country singing great Glen Campbell who, for the past five years, has been struggling with Alzheimer’s disease. Glen, 78, was admitted to a high care nursing facility in Nashville last year after his wife Kim feared he may cause himself an injury if he remained at home. ‘Close friends’ tell Globe that Glen’s mind is now slipping at an alarming rate, but that he seeks solace in his talks with Elvis’ ghost. “Glen thinks Elvis is in the bedroom with him. He laughs and talks on for hours to photos of Elvis, as if the King had come to visit. Glen even sings a few bars of Jailhouse Rock or Hound Dog, as if he WAS Elvis,” the friend blabs. The two became close in the 50’s. Glen even played back-up guitar on Elvis’ “Viva Las Vegas” movie soundtrack.

Move over Kim Kardashian’s Twitter-busting backside – Uma Thurman’s “shocking new look” is captivating the tabs – with breathless stories featured in this week’s Globe, National Enquirer, Closer Weekly, US Weekly, In Touch Weekly and OK magazines. For those not up on all the Uma face kerfuffle, the always luminous Pulp Fiction siren hit the red carpet in New York early February to promote the American version of the acclaimed Aussie TV series The Slap. Uma, 44, stars in the US version along with Melissa George, who also appeared in the Australian series.

Shots of Uma’s “new” face sent social media into a meltdown, just as Renee Zellweger’s had done last October. There were gasps from fans, as shockwaves from an avalanche of plastic surgery speculation ricochetted around the world. Uma’s make-up artist hosed down any surgery assumptions, saying he’d simply toned down her mascara, gave her a slash of red lipstick and teased out her eyebrows. Uma took to the late night TV circuit where she confirmed her new look had been achieved with make-up. The latest round of tabs don’t believe the make-up line. They’ve called in assorted top Hollywood plastic surgery experts who’ve scoured the photos with magnifiers that would shame the Hubble telescope. Their verdict? That in the plastic surgery Olympics, Uma’s up there with Michael Jackson! Claims of upper and lower eyelid surgery, a facelift, laser resurfacing, fillers, Botox, fat injections in her cheeks. One surgery expert even claims her nose looks a little different, did she have her beak bobbed?

Still with Hollywood stars and new faces, Calista Flockhart is being accused of “sneaking off and shouting herself a facelift for her 50th birthday!” Can you believe it? ‘Industry insiders’ tell The National Enquirer moments after Calista’s big 50th bash on November 11, Harrison Ford’s wife went AWOL ..that “friends hadn’t seen her in months” according to an ‘industry insider’ until she turned up on the red carpet at the Golden Globe awards months later, looking stunning! Dr Lyle Back, a top plastic surgery expert (no word on whether he also scrutinized Uma Thurman’s “suspiciously tight” new look) cast his eagle eye over recent shots of Calista, and he declares: “whoever did Calista’s face is a genius! It’s excellent work, clearly the hand of a master” Dr Back claims. 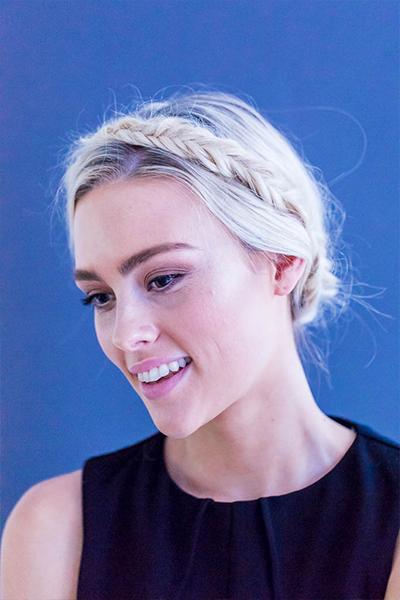 Conflicting reports raging about the state of Courteney Cox’s upcoming wedding to Irish rocker Johnny McDaid, 38. Star magazine claims in an overwrought world exclusive the marriage is off after a series of blazing rows. Apparently Johnny flirted with a busty blonde. However, OK magazine claims not only are the lovebirds “hotter than ever for each other” and that the marriage slated for April, but that Johnny is literally “begging” Courteney, 50, to lay off the plastic surgery. “He doesn’t want his blushing bride-to-be having any further face work. Johnny thinks Courteney is beautiful. He’s besotted, “ a ‘close friend’ confides in extremely hushed tones. “But he worries if she keeps having her face tightened and tinkered with, when she lifts up her veil at their wedding for their first kiss as Mr and Mrs, he won’t recognise her!”