THE HUNT FOR PINK VIAGRA

I have a long-term friend who refuses to have any details about her revealed save that she’s married, the mother of a young girl, and has been, in what seems like forever, uninterested in sex. 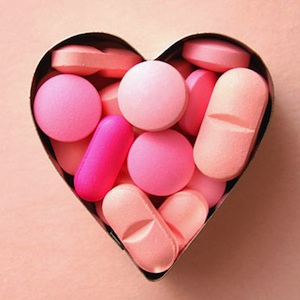 “It would be really nice,” she said, “to be in the mood sometimes and actually initiate sex.”

And were there a pill that could answer this wish, might she be tempted?

“I don’t think so,” she replied, “I don’t even take Paracetamol.”

Drug companies have been busy trying to undress the complexities of human sexuality.

Four decades ago the contraceptive pill triggered a sexual revolution, transforming the sex lives of women and men across the world. HRT took this further for women in their post-reproductive years.

Men were then gifted Viagra. While the objective of Viagra is physical – to make the penis once again reliable – manufacturing sexual desire in women has proved… trickier.

Women who lack sexual desire are often encouraged to see a counsellor. Unfortunately, this is expensive, demands a pretty hefty time investment, and doesn’t have a terribly good success rate.

Is there some sexual shortcut? Pharmaceutical companies hope so.

Over the last number of years a plethora of drugs targeting the female libido have steadily been researched and tested. Whether creams, patches, sprays or pills, such drugs work by affecting blood flow, hormones, or, such as antidepressants, brain chemistry.

Are female sex drugs on sale at a pharmacy near you? Not quite yet. Many are currently being trialled – for the second or third time – while most have been flat-out rejected by the American and Australian government bodies because they haven’t been considered safe or effective enough for public consumption.

(The Food and Drug Advisory panel in the US recently rejected an application to market the drug flibanserin for women with low libido, although it endorsed the potential benefits and urged further research.)

This hasn’t stopped doctors from prescribing such drugs “off-label”: using legal drugs for unapproved purposes. Nor has it stopped the punters in hot pursuit of a creating a “pink Viagra”, a global sex drug for women.

But even if such a drug were in our hands… or beds… it would still face a large hurdle: what is sexually “normal” belies easy analysis.

What constitutes healthy versus unhealthy levels of desire? Indeed, for female sex drugs to become widely popular, they would first need a “disease” to treat.

Enter “female sexual dysfunction” (FSD). Defining FSD has been a murky process for the academic community. 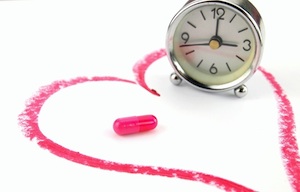 For instance, most of the participants who helped revise the standardised international definitions were later shown to have financial links to drug companies. There has been a dissemination of misleading information.

The main statistic used by drug companies and misinformed researchers is that 43 percent of women have a sexual dysfunction!

Diagnosing chronic low female libido in practice is also murky terrain – does the woman’s sexual concerns stem from medical reasons or a host of other interrelational, psychological factors?

Although a small number of women experience inhibition of their sexual response system, by far the majority experience psychosocial hindrances.

Namely relationship problems. And a pill for the ‘I love you and want to have sex with you even though the house is a mess and I’m exhausted and I’m pissed off that you haven’t spent enough time with me lately’ isn’t on the market.

Yet, the problem with giving so much credence to women’s dysfunctional levels of sexual desire is that studies show that divorce or the start of a new relationship can revitalise an otherwise lethargic libido.

So perhaps novelty is the priceless drug? If only we could bottle that.

So, The Hoopla wants to know, would you take a “pink viagra”?

If you have a loss of sexual desire, what do you think is the cause?