Once upon a time, not too long ago, women started a movement, a second wave of feminism, because we were tired of living in a public world made for and by men.

We looked at how masculine power, resources and values excluded us from jobs, resources and influence over what happened, and we decided it was time to make changes. This was the early seventies and changing our society seemed very possible.

The post-war Baby Boom was over and we had the pill. Betty Friedan’s Feminine Mystique had outlined the problem with no name that affected housewives, and Germaine Greer’s The Female Eunuch offered ideas for radical change. 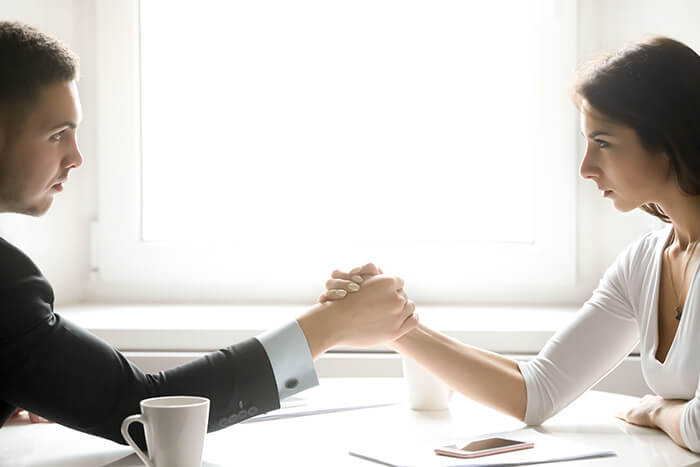 We wanted to have our say in ensuring that gender didn’t decide how we lived our lives. We wanted to make big changes, not just the right to be more like men. We had the vote and some property rights, but we wanted a society where what women did was re-valued and we shared the decision making.

Have we made progress since 1972? Definitely yes!

The two decades that followed saw many highly significant changes. Sex discrimination became illegal, so by the eighties and early nineties females were no longer formally excluded from any jobs.

Equal opportunity rules meant we could rise into higher positions on our merits. We increased our qualifications and more of us moved into paid jobs. We expanded child care and its subsidies, pushed for recognition of domestic violence and funding of services for victims. These changes were all pretty much in place by the early nineties.

However, have we come to the point where women have an equal say and share of power and influence?

Have we changed the priorities so what women traditionally do is properly valued?

Have we made the serious changes to the blokey cultures of workplaces, politics and power?

Is change still happening? The evidence before us suggests change has stalled.

Our ‘progress’ is still measured in tokens and exceptions. A female flag bearer was chosen for the Australian team at the Olympics, but 20 years after the last one. In many areas of significance to women and men we are under-represented. An article about a new female assistant orchestra conductor asks why so few women are in this role. Another asks why there are few female theatre and film directors.

A recent article on architects worries that few female graduates move to being practitioners; and another dealt with similar issues for female lawyers, who are now the majority at graduation but not in the senior ranks of the profession. And there are many other examples of our absences.

Yes, we do have a woman PM, AG and GG, as well as other scarce but obvious prominent women, but while these add to the many firsts for women, previous ceiling breakers were rarely followed by another woman for example: Joan Kirner and Carmen Lawrence.

“It’s a start,” they say, each time we have a small victory, but there are few signs that serious gender equity change is on the way. Women are still not paid as well as men for equivalent work. Women continue to volunteer in the community more than men and are still doing the bulk of household work.

Women are far less safe in NSW families and communities than men. Women are more than twice as likely as men to experience domestic violence and five times more likely than men to be sexually assaulted and have the assault perpetrated by their partner.

Why, if women are better educated, more qualified, less likely to commit crimes, more literate and less likely to drink to excess, do we still lag behind men on power scales and the indicators that count?

Maybe it is because of the assumption that we are responsible for the nurture and care of others, whether paid, underpaid or unpaid. Men have not taken up those hands-on roles and women-owned jobs are still undervalued at high and low levels. Human resources executives (female) are paid much less than their counterparts in finance, who are mainly males. Most school principals and directors of nursing are male, despite the majority of their workers being female.

We have not achieved the necessary social and cultural changes to match our new legal rights. Instead, workplaces have become ever more macho, pushing longer hours and more profits, rather than looking at social contributions.

Inbuilt masculine prejudices and assumptions still decide on gender acceptable behaviours. So progress for women often means behaving like men – or ‘choosing’ to opt-out into the undervalued feminized areas in paid and unpaid roles.

The revolution has stalled, and we seem to be stuck in a revolving door.

The wide discussions of sexism and slanging matches between party leaders recently has been interesting because the verbal stoush suggested big policy gaps, but the reality is much more limited. Any woman who has put up with jibes and even unconscious sexism in workplaces felt pleasure as the PM let loose. However, as the debate raged, I was collecting evidence about the potential damage of a bill, then in the senate and supported by both parties, that was deeply sexist.

It removed $60 to $100 plus weekly income from sole parents when their child turned eight. It will not force them to find jobs because a third already work part time and others are already looking for nonexistent flexible jobs and facing biases of potential employers. This is bad social policy.

What to do? Maybe we need to restart discussions on living in a good society, rather than an economy. This is the big challenge: can we define what we mean by a good society rather than just assume it’s full of consumer goods we can buy to create a sense of well being?

The questions, for me, start with some simple propositions that would allow us to live well with others without gender pushing us into pre-ordained roles. Here are a few to think about and argue about.

A good society should:

• Value budgeting time rather than just money, so we can all find the right mix for putting time into relationships, care and reciprocity, as well as creating goods and services.

• Revalue skills and remove the biases of gender that assume soft interpersonal and creative skills are worth less than technical and financial ones.

• Make choices possible between our own paid contributions and unpaid ones so people are not coerced into too much of either option, and men and women both have choices.

• Ensure that there are both informal and formal quality services and supports that we can access to meet needs across our life cycle, that do not depend on whether we can afford to buy them.

• Provide adequate financial resources for purchasing the goods and services that are best provided by the market so all can live decently.

• Balance the common good and public well being with individual and private needs.

I know these are just broad ideas and need to be fleshed out. If you want to discuss these ideas, add your own and work out what you think would make a good (feminist) society, I’d love some feedback.