Perhaps I’m a just an old-fashioned feminist, but it’s an implied agreement of ownership.

The legal concept of coverture, which came from England in the 19th century, is based on a woman becoming the property of her husband upon marriage.

Let me make this clear: as a human rights lawyer you are giving up a fundamental human right.

You’re an appendage, an accoutrement, a chattel: Mrs. Clooney. And I thought progressives were supposed to be – well – progressive…?

What’s worse is the change in your business name, ditching Alamuddin on the Doughty Street Chambers website.

Effectively, instead of Amal Alamuddin, barrister, you are now Amal Clooney, actor’s wife.

You see, words matter: your name is your identity.

Millions of column centimeters have been devoted to the prospect of George becoming known as your husband, rather than you as his wife.

The glossies boasted of a brave new world, where a smart and sassy career woman landed Hollywood’s most confirmed bachelor.

But the shine has worn off. These tarnished pages are now filled with the voices of yesteryear. 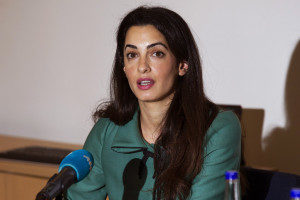 Here are some snippets of retro-sexism, courtesy of the Daily Mail:

“How else is she going to cash in if she didn’t change her name?”

“I think it’s quite impressive that she’s gone back to her job with full commitment so soon after the wedding. She doesn’t have to work if she doesn’t want to but clearly enjoys her job.”

“Of course she would take his last name – doors will open much quicker in her professional career and everywhere else too.”

People with brains the size of peas think you married him for his money. And you can’t wait to quit work to become a human handbag. Or, you need his last name to smash through the glass ceiling.

This is your new narrative.

While some fourth wave feminists think taking a man’s name, dressing up in 50s gear to do the housework, and fixing him a G&T at the end of the day is ‘cute’, ‘kitsch’ and ‘fun’, IT’S F*CKING NOT.

Your mothers, grandmothers, and great grandmothers fought long and hard to stop this shit.

If it’s so great, why aren’t men taking our names, doing more housework, and making us drinks…?

Sure, it’s empowering to have choices. But, please, use this power wisely: we’re on the verge of a backlash.

According to recent research, women who don’t take their husbands names are considered to be less committed to their marriage.

Well, where’s the research on men who refuse to take their wives names…? Apparently, that’s a moot point. 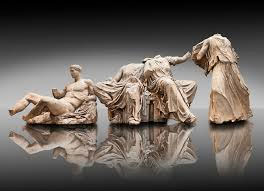 Anyway, I’m sure you’re far too busy helping Greece win back the Parthenon Marbles to read this letter.

However, there’s are several ironies in your quest:

*The British Museum stole the marbles in the 19th century, around the same time men started stealing women’s names.

*Greece enacted a law in 1983 that all women must keep their birth names.  Now, young men don’t ask their girlfriends whether they’re going to keep their surname – it’s a given.

With all due respect, by making this decision it appears you have lost your marbles.