WHAT ARE WE DOING TO OUR KIDS? 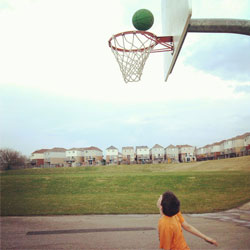 It’s a truth universally acknowledged that the younger generation will never measure up to the one that’s come before.

You know the problem: they just don’t know how easy they’ve got it. They have no respect; they have no resilience; they want to be praised for living, rewarded for just showing up.

For people like me with a history in sport, the current crop of athletes is nowhere near as tough as they were in ‘our’ day and they have no respect for the past.

The rose-colored-glasses view of history is one I prefer to take with a grain of salt.

But I’m a writer of teenage fiction, often dealing with themes of resilience and perseverance, so I take notice when a swim coach – with experience that goes back to my era – tells me that if he wrote a program on the board like we used to do, ‘the kids today wouldn’t come back.’

What happened to the basic belief that hard work resulted in faster times and greater success? Am I writing for a teenager so very different to the one I was?

My most recent novel, Inheritance, opens with my heroine, Tallulah, attending a holiday circus school coached by a tough taskmaster who takes an instant dislike to her and meets a team with skills way beyond her own.

Would Tallulah, a character who is meant to reflect today’s teenager, go back to Cirque d’Avenir if the first day was too hard?

Themes of resilience and perseverance were on the agenda when I attended the Young Minds Conference in Sydney recently – albeit indirectly, as presenters addressed the theme of ‘growing a good person.’

And the overwhelming message to the conference delegates was that to understand our problems with Gen Y and younger, we must look in the mirror – at ourselves as parents, and educators – and that includes the self-esteem ‘experts’ as much as the proponents of gifted and talented programs in schools. And we must look at the way we “measure” our children. 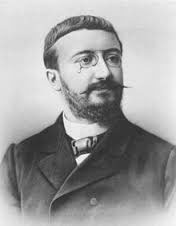 “Alfred Binet (right) devised the IQ test to see which children the Paris school curriculum was failing – so that he could adjust the curriculum to take in their needs,” Professor Carol Dweck told the pre-conference workshop.

“He was horrified at the way American academics took the IQ test and used it as a measure of a child.”

Dweck’s interest in what motivates a child (described in her book Mindset: The New Psychology for Success) began with direct experience. In the sixth grade, her teacher seated the class according to the students’ IQ.

“The students with the highest IQ got the ‘special’ jobs like taking notes to the principal, carrying the flag at the assembly or rubbing off the blackboard,” she told delegates.

“We didn’t sit in that class to learn; we sat there to take another test so we could keep our seat.”

The motivation isn’t the problem as much as the values underpinning it: “We often hear parents say, ‘Wow, you did that easily, you must be smart.’ In sport children are told they’re naturals. If we praise things that come easily, we’re saying that’s what we value.

“We’re promoting the idea that success should come easily, that ability is fixed.”

Then when results don’t go well – which is inevitable if a child sees no value in trying – those children have no coping mechanisms. “Studies show that working hard actually makes those children feel dumb, talentless. Since praise has always come for being smart, they have to look good at all costs. Suddenly those ‘gifted’ children are giving up – or worse, cheating – rather than sully their reputations.”

Whereas children who’ve been encouraged to believe that talent is malleable recover better from a poor result.

“I’m not saying that every child can be Einstein,” Dweck said, “but when a child learns that ‘you don’t know what you can do until you try’ they build a different mindset. They learn that good results and effort go hand-in-hand, that your brain is a muscle that can be exercised and improved upon.

“As a result they’re more likely to develop perseverance, to develop strategies for learning like seeking help from the appropriate people.

Professor Toni Noble, a leading educator and educational psychologist, a member of the National Centre Against Bullying, and with Helen McGrath the author of the National Safe Schools Framework and Bounce Back programs, expanded on Dweck’s fixed and growth mindset models.

“Encouraging a child’s sense of self-worth by emphasizing what they feel about themselves rather than what they’ve achieved is not helpful. Without a sense of achievement, a child grows increasingly vulnerable; we’ve found it’s the children with the inflated opinion of their own self-worth who are more inclined to aggressive behaviour.”

Noble believes one of the keys is to focus on building a range of character strengths, like courage.

That each child has a different perception of fear doesn’t matter.

But according to Dr. Sue Roffey, director of Wellbeing Australia, the strong, mutually-supportive relationships that help children build evidence-based self-esteem are in short supply these days. ‘Children model what they see. If they see an emphasis on ‘me’ rather than ‘we’, on competition rather than collaboration, fear and self-protection, jealousy and greed, negativity and put-downs, then that’s what they’ll act out.’

Rather than blaming the children, Roffey believes, “we need more adults asking, ‘what are we doing to our children?’”