CHILD OBESITY. IS IT CHILD ABUSE? Whose fault is childhood obesity? The parents, the community, the junk-food industry?

In Victoria, the blame is being laid at the feet of parents and, in an extreme move, child welfare agencies have already removed two children from their families, reports The Age.

“The Department of Human Services has cited obesity in at least two child protection court cases this year,” reports the newspaper.

“One case involved a pre-teenage boy who weighed 110 kilograms and the other a teenage girl whose waist circumference of 169 centimetres was greater than her height. The department would not reveal the exact number of cases.”

A spokesman for the Department of Human Services said obesity “was not of itself grounds for child protection workers to become involved with a family” but that it may be a symptom of other issues that could “place a child at risk or harm”.

Experts are reluctant to equate obesity with abuse: Associate Professor Tim Gill, of Sydney University’s Boden Institute of Obesity, Nutrition, Exercise and Eating, quoted in The Age report, said: “if the only reason for removing a child from their parents was weight, it was not appropriate”.

Associate Professor John Dixon, of the Baker IDI Heart and Diabetes Institute, believes it to be a community problem, “an Australia-wide, a global problem that we’re not addressing very well at the moment”.

The Biggest Loser fitness trainer and author Michelle Bridges, takes the opposite – and more controversial – view, claiming that childhood obesity is ultimately the fault of parents. 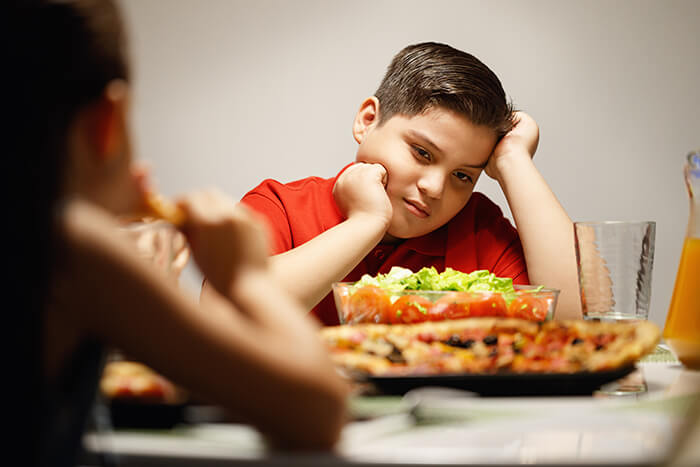 “It’s easy to point the finger at governments, fast-food chains and shops that carefully position the lollies next to the checkout,” she wrote her column in Sunday Life magazine. “But at the end of the day, the inescapable fact is that we must look to parents to take the lead when it comes to what children put in their mouths.”

“What it does mean, however, is that parents are ultimately responsible for getting their kids off on the right foot – not just with their eating habits but also with their knowledge and understanding of food. We can break this cycle of obesity, not just at a national level but at a generational level, too.”

So Hooplarians, over to you. Does child obesity equal child abuse? And are parents ultimately responsible for their children’s weight?