ARE FEMINIST ADS A FAD? There’s no better gauge of this fact than the groundswell of ‘feminist’ campaigns emanating from global brands trying to flog products to women.

Dove became a worldwide success story with its Campaign for Real Beauty: the aim of the original campaign was to widen the definition of beauty after a study found that only 2 percent of women around the world described themselves as “beautiful”.

Dove made international headlines – and a lot of money – from this campaign, and has carried on versions of it for almost 10 years. Recently others have been following suit. In the past year, ads containing feminist or body positive messages have become almost de rigueur.

Nike ran a campaign last year aimed at female athletes that played on concepts of thunder thighs and manly shoulders – features normally considered ugly in women – but showed their benefits in sport and a healthy lifestyle. 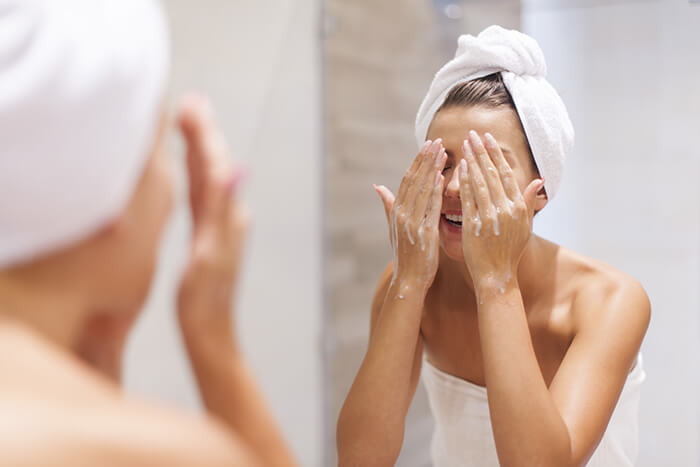 Kellogg’s is also doing the good work of trying to change the way women think and talk about their bodies. Last year it launched a Shhhut Down the Fat Talk social media campaign for Special K, claiming that 93 percent of women engage in some form of social media self-shaming.

The campaign included tweets around phrases women use when ‘self-shaming’, such as “Feeling so disgusted about my figure at the moment #cow”, and also opened a shop with that included phrases such as “I look fat in this” on the price tags.

Pantene is talking the feminist talk in an ad that challenges the labels applied to men and women. A woman taking charge in a board room is labeled “bossy”, a man doing the same is simply the “boss”.

And now Marie Claire Australia has joined the party with its #whywait campaign.

Marie Claire‘s campaign stems from research by Flinders University that found the average Australian woman learns to like her body at age 45. Marie Claire editors want to do something about it. Not by altering the images of women on its pages that reinforce false ideals or featuring more pictures of ordinary women, or committing to stop airbrushing photographs. It is changing the way women feel about their bodies with a social media campaign called #whywait? that asks women why they are waiting to like their bodies.

To kickstart the campaign, Marie Claire employed six of Australia’s top advertising agencies to come up with ads that will convince women to love their bodies now, not later.

The idea is similar to Elle UK’s attempt to “rebrand” feminism last year. Elle paired three advertising agencies with three feminist groups and tasked them each to come up with a campaign that would change the perception of feminism and what it means to be a feminist.

Should we be happy about all this positive messaging in advertising or is it just a cynical attempt by marketers to sell more products? And are the positive messages contained in these campaigns meaningless unless they contain real commitments on behalf of magazines such as Elle and Marie Claire to change the way they represent and talk about women within the covers of their magazines? Writing in Fit and Feminist, author Caitlin says: “The reality is that the things these advertising campaigns want us to experience – physical power, self-esteem, accomplishment, self-love, a sense of self-worth – these are things that cannot be purchased.”

As one (male) commenter on media and advertising news website mUmBRELLA pointed out:

If Marie Claire is, as a brand and a business and a magazine, actually committed to this philosophy, that’s brilliant and I stand and applaud them.

But if all they’re doing is getting agencies to make a few pro bono ads for them, and a little hashtagging exercise, then they can GAGF.

Why create a #whywait initiative, when with their very own product they already possess the means to actively influence how women perceive themselves?

Anything else is just empty marketing.

If Marie Claire is serious about changing the way women feel about their bodies, here are some contributions to their campaign:

Is the new trend towards feminist advertising a cynical attempt by advertisers to flog products to women, or is it a genuine step forward?

What are your #whywait questions to global brands?